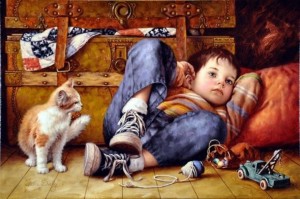 I brought my 11 years old son to see Silvia as I had tried everything else without success. We lived in South Africa and had moved here since 3 years ago. My son had stomach complaints which had started 2 and half years ago. He was a very energetic kid who loved playing sports and never seemed to run out of energy or complain about anything at all; he just got on with life and seemed happy. Unfortunately, since the pain and cramps started, he was not able to play games and he would drop to the floor with pain and feel very week. I had taken him everywhere to have all kinds of test done from gastrointestinal test to allergy test, they all came negative.

When we saw Silvia she took his case history and she asked him all kinds of questions about what he eat, life style, palpated the area where it hurt, etc. Through the assessment Silvia thought that it could possibly be either parasites in his gut or very strong intolerances and she suggested to have a complete faeces analysis and at the same time to do the elimination diet (used apparently by many naturopaths) to find out what foods, if any, where stressing the system. 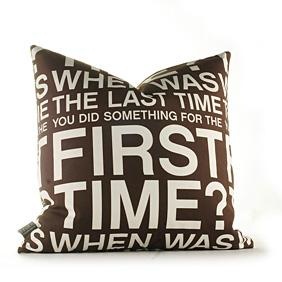 Additionally, she decided to do something called Craniosacral Therapy, as she said that through this therapy the body would show to her if she had missed something or if there was something else going on in his system. Silvia asked my son to lie down in the massage table and just to let her know if anything felt uncomfortable for him, even though this treatment is non-invasive and didn’t have to take any clothes off. Silvia put her hands on his feet very gently and mentioned that she would do a little scan of his system from there before she moved her hands elsewhere. Within minutes I saw my hyperactive son starting to relax a bit. What it was the most surprising thing is that within 10 minutes, Silvia said “I’m sorry, but it looks like my previous assessment was totally wrong. You, young man, are having anxiety tramped in your gutand this is debilitating u and giving u the cramps”. Silvia said that it doesn’t always comes up that clear and quickly, but that she had no doubt that it was the nervous system that was being in hyper state, giving him anxiety. She then started to talk to my son while giving him the session (this time she moved the positions of her hands and went to the bottom of his spine – she called it the sacrum). She was asking him things like is there anything bothering you… at home, in school, with your friends? Are you scared of anything or anyone? Etc he kept saying no to everything and would look away when she was asking him. Then she started to tell him a story of how sometimes we don’t realize how things that are upsetting to us, they can affect our bodies differently. Silvia even told my son a personal story that had affected her perception of herself, until she realized as an adult how much her own perception was wrong and ruled her life for a long time. My son then started to open up saying that he didn’t like some friends in school and that he felt he didn’t fit in and that he missed his home and school in South Africa. I was in shock, as my son had never told me anything even though I had asked him many times!

Silvia said that as he started to talk, his body was responding to this acknowledgement of how much stress he was going through and was shifting rapidly through the treatment. After the session was finished, Silvia advised my son to talk to someone about how he felt or to even write it down if he didn’t feel like telling anyone. Silvia told us to come to see her in 2 weeks and to still do the test mentioned above and the elimination diet, to be sure. We did the test and they came back negative. Additionally, my son started to write a diary.

Just that one session had done something because he was able to play without being in pain all the time, even though he still felt often tired. After the second session, he was a different boy, he had no more pain, cramps or problems and he realized the importance of communicating when something wasn’t right and he kept writing the diary as he struggle to talk to people about his emotions.

To find someone who could address the core of the problem was the key and a blessing. Especially after such a long waste of time, tears, pain and sadness that was created not just over my son, but the whole family. We are incredibly grateful to Silvia, Naturopathy and Craniosacral Therapy for allowing us to get back my healthy son.